Love is in the Air - Kingship 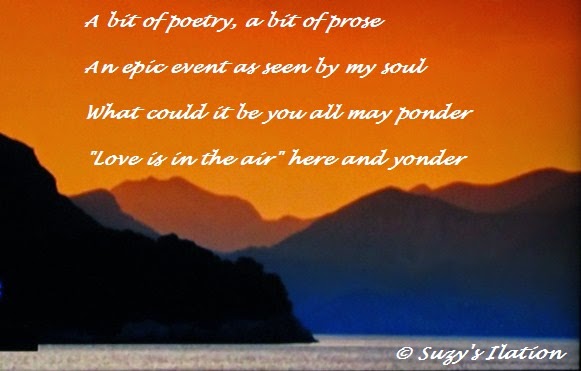 
A couple of years went by and Rama and Sita grew closer together, basking in each other's love. King Dashrath was ready to hand over the reigns of Ayodhya to his most beloved son Rama.  Slowly Dashrath had groomed him to be the next king, teaching him all the facets of kingship.  Kaushalya on the other hand, taught Sita the fine art of being the queen and lovingly prepared her that Rama's personal life would take a back seat once he sat on the throne.

The people of Ayodhya loved their young prince and looked forward to the day when Rama would lead them as their king. King Dashrath in consensus with his ministers, members of his court and kings from other lands, proclaimed that Rama's coronation would take place the next morning.

Joy filled the hearts of all.

But destiny was to play another game in the form of Manthara who was Queen Kaikeyi's handmaid. Annoyed with the attention that Rama received over her beloved Bharat (Kaikeyi's son and Rama's younger half brother), she instigated Kaikeyi to sabotage the coronation and make demands on King Dashrath. Manthara and Kaikeyi have become two of the most hated characters in the Ramayana.

But Manthara was a simpleton who lived an insecure, materialistic life. And fickle minded Kaikeyi was easily swayed. Kaikeyi and Manthara display the characteristics that cause disharmony in relationships - focussing on the destructive self important I.

When our actions benefit others, we bring joy to others and to ourselves. When our actions are made with selfish motives of pleasing the "I" we create tension among our relationships. When we start to compare our lot in life with others we create an unhealthy restlessness within ourselves. The grass may seems greener on the other side. Inevitably it is not. Because we each walk our own path. Because each journey is individual and aligned to our soul. We are here for soul growth not to compete.

Kaikeyi and Manthara's actions were for self gratification. On the other hand Rama always brought joy to others. He learned that from his mother Kaushalya, the primary queen of King Dashrath. Though she was neglected by him in favour of the young queen, Kaushalya treated Kaikeyi with affection, acting in the interests of all to bring harmony among relationships. And when Dashrath needed wise council, it was Kaushalya he turned to and she was there for him, dependable, forgiving and sensible. Lord Vishnu chose wisely when He chose Kaushalya as His earthly mother.

What is Kaikeyi planning and how does it shape the course of events?  In my verses tomorrow.

Love is in the air. May we find contentment in the life we are fated to live for our lives are divinely and lovingly ordained by the Great Spirit. May we choose wisely so our actions benefit many.