On The Street Where You Live #MondayMusings #SoCS 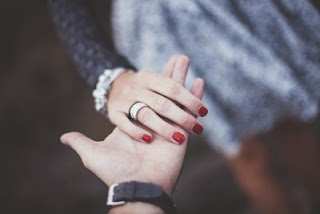 Love is a warm hand when life feels cold

Vin sat in the street cafe with his family all around him. Six months ago Helen had passed away and he was growing frail daily. He watched the people go by, children frolicking, some engrossed in conversation, and couples holding hands. He let his thoughts wander to that day 30 years ago in 2017.


It was his 60th birthday and his children had pooled in to send him on a Spiritual retreat in Hawaii. 15 years ago his world had crumbled when his wife left him unexpectedly. Vin had decided to leave Canada and focussed on settling his young family in New Zealand. Work and children dominated and in doing that his life took a spiritual turn.

Vin settled into his Business Class seat for the 9 hour journey to Honolulu. He had dreamed of the day he would attend a spiritual retreat and he was excited. The movies didn't appeal so he took out his iPad and scrolled through the movies finally settling on My Fair Lady a movie he and his children enjoyed watching together. "Oh the towering feeling just to know somehow you are near, the overpowering feeling that any second you may suddenly appear".  As Freddy belted out the words, Vin felt a shiver go up his spine and he felt somehow he would have a divine experience.

At the back of the plane Helen settled in her seat. She too was excited. Her friend Sandy would also be flying out to Honolulu to meet her. Helen couldn't wait to meet her childhood friend. Sandy and Helen had vowed to attend a Spiritual retreat together before their 60th birthday. After many failed plans, their wish was finally coming true.

Sandy's flight from New York had arrived earlier and in her eagerness to meet her, Helen stumbled. A hand shot out and grabbed hers. Vin's eyes met Helen's and her warm hand sent an electric current through him. A quick thanks, a smile and she was gone. And for the first time in 15 years Vin felt his heart beat faster.

Helen couldn't contain her excitement as Dr Bryan entered the room. She was determined to have a past life regression and couldn't wait for that moment. The morning interactive session had attendees pair up with a stranger. Helen paired up with her neighbour Jean. They held hands and closed eyes waiting for any messages. When the time was over Jean gave Helen her message.  Helen could not make head nor tail of it and was disappointed. Perhaps the afternoon session might come up with something better.

Helen was apprehensive but Dr Bryan soon had her feeling relaxed and at ease and she began to narrate. "I'm in a beautiful place and I am surrounded by lilac trees. We love each other but it seems our destinies are not tied together as he has to leave. He's promised someday he will come for me.  I'm being told that this love is real and that we will meet again, that there is no other place on Earth that he would rather be but with me. But he never came".

Helen was very confused. The session did not make any sense. How could  love be real when it was abandoned. And why was she thinking of lilac trees? Disappointment washed over her again. Perhaps she wasn't meant to have a profound session. Perhaps she was meant to work on her spirituality before something more meaningful took place.

Helen was very quiet at Dinner. Vin and Jean were also at their table but Helen was lost in thought. Exchanging information of where they came from Sandy nudged Helen out of her reverie. "Vin's from New Zealand Helen and from the same city too" she said excitedly. Vin's heartbeats quickened. He had watched her intently at the session remembering that brief moment when his eyes met hers and he held her warm hand. And watching her he felt elated. "Hill Street" answered Helen in a response to his question. Vin's eyes widened in amazement.

Helen decided to stay under the radar and simply enjoy the next day's session."Perhaps someone else is meant to have an enlightenment" she thought.

Vin stood up to tell his story. The message he was given at the first session made no sense to him at first. It was "On the same street".  This was until Helen revealed that she worked on the same street as him. All night long Vin had been unable to sleep the words of a song going around and around in his head.  Helen was astounded. "On the street" was the message Jean had given to her.

Vin walked up to Helen, stretching out his hand to her, and as she took it, he crooned:


I have often walked, down this street before
But the pavement always stayed beneath my feet before
All at once am I several stories high
Knowing I'm on the street where you live

Are there lilac trees in the heart of town
Can you hear a lark in any other part of town
Does enchantment pour out of every door
No it's just on the street where you live.

People stop and stare they don't bother me
For there's nowhere else on Earth that I would rather be
Let the time go by
I won't care if I
Can be here on the street where you live.

Helen's heart was filled with emotion and tears rolled down her cheeks. She knew he had come back for her.


Lizzy gave Grandpa Vin a little nudge. He smiled as he had that towering feeling sensing Helen was near and he knew it was time to walk on the street where Helen now lives.

Back at the house Vin took out a piece of paper and wrote his letter to Lizzy.

In life there are no coincidences and only love is real as I found out one day in the year 2017 when my eyes met your Grandma Helen's and I held her hand that warmed up my cold life ....


My Fair Lady is one of those classics you never tire of watching and On the street where you live is my favourite song from it.

Here is a link to Nat King Cole's version - I think this is my favourite.  https://www.youtube.com/watch?v=oaUzGqKQwbo

Linking to:
#MondayMussings at Everyday Gyaan


Wishing you all a Blessed Easter.