The A to Z Challenge is held every April and is the brain child of Arlee Bird.

I participated in the 2013 - no particular theme , 2014 - Life's Jigsaw and 2015 - My Ramayana Love is in the air challenges and they were great fun. But I sat out of the challenge last year as it was a hectic year and I didn't need the extra pressure of blogging everyday.

Again I wasn't sure I was going to participate this year and then I saw a Facebook post by Shalini who blogs at http://kohleyedme.com/  calling out the AtoZ Challenge. Then a theme suddenly popped into my head. And when a theme suddenly appears loud and strong, one has to go with it. So here I am ready to reveal the theme for the 2017 challenge.

Sometime ago I did a series of "Daily Thoughts" on my FB page Suzy's Ilation. I've been wanting to pick it up again and the A to Z Challenge gives me the perfect canvas for that.

So my theme this year will be simple - "Daily Thoughts". 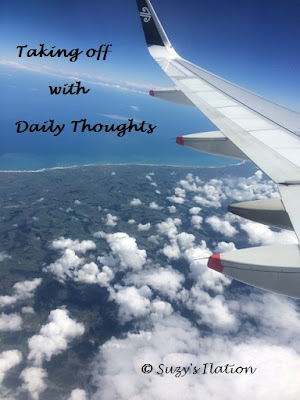 taking off from Wellington NZ

I'm excited and I hope you are too. Drop by and check out my posts from April 1 :)

Thought for today:  When thoughts take off, go with them.

So what are you thinking about today? 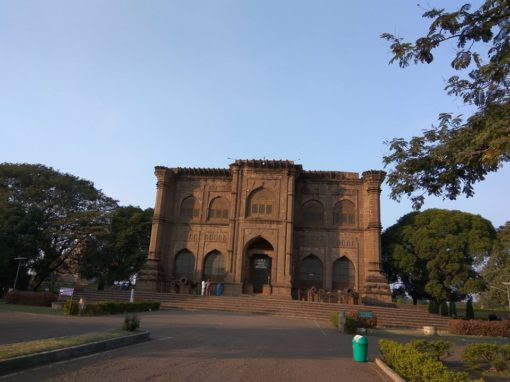 The quiet facade of the palace entrance was deceptive. For inside there was turmoil of all kinds ...

Princess Jodha sat in front of the idol of her Lord Krishna with tears in her eyes. Today was her wedding day but unlike other brides, Jodha dreaded the moment her hand would be placed into the hand of her groom. "Why Kanha, have you chosen this fate for me" she asked sadly. "Why Kanha? Why? Why? Why is my fate linked with the man I hate the most" she enquired as if by asking she could change the outcome.

Emperor Akbar sat in his royal tent. A smug look on his face. Princess Jodha was his prize for winning the war against the Rajput kingdom of Amer. The most beautiful princess in Hindustan was going to be his bride. He was the envy of all. Akbar had a gleam in his eye for he was going to make her pay for all the anguish the Rajputs had caused him. He couldn't wait to see her. She was merely a thing for him and he had to own her.

Jodha watched her groom. He looked arrogant and his manner seemed crude. There was an air of conquering in his demeanour. She had heard that he had this irksome habit of toying with his conquests before he brutally decapitated them, an unfeeling and arrogant warrior. But she did admit that he looked dynamic and regal and there was a majestic countenance about him. She wanted to hate him with every breath but something stirred within her heart, a sensation she could not understand. But her mind was stubborn. Hate him she would. And yet when she placed her hand in his it felt warm, reassuring and familiar. She looked at him covertly and was startled to find her eyes rivetted with his, mesmerised and filled with awe. There was something about him she could see but at that point could not fathom.

Akbar entered his royal tent, This was the night he would make her pay dearly. She had better be ready for the anger he was about to unleash on her. Jodha sat on the bed. Rivers flowed from the pools in her eyes. Her fate had been sealed. Akbar advanced menacingly towards her a sneer on his face. But something stopped him in his tracks. The sight of Jodha crying tugged at his heart. This fearless and greatly feared, heartless, barbaric warrior and king suddenly felt her anguish. It was a strange sensation and the Emporer was confused.

He left the tent abruptly feeling like an intruder in his own space and unable to face her. He had carved his destiny with his sword, with clever political manouverings and advantageous alliances. He faced life unafraid and confident. Women he had many as his harem was packed with them and he demanded their subservience. They feared him and yet he trembled at the sight of Jodha crying. "What force could be greater than my sword and why do I tremble" he pondered. In the darkness of the night, he looked up at the stars and wondered what his God had planned for him.

And high in the heavens they watched and waited with love and pride, the spirits of these two dynamic forces that would one day come together in a deep and everlasting love that would change the course of history. They would break down the barriers of religion, injustice, hatred, cruelty, outdated laws and rituals and create a new world, a new India. A king who could incite widespread fear among his people would become the king of their hearts.

Shahenshah (King of Emporers) Jalaludin Mohammed Akbar, one of the greatest kings of India and his hindu Begum (Empress) Jodha would begin a new chapter and forever be immortalised in the pages of history books.

Shahanshah Akbar and Begum Jodha (Marium-uz-Zamani) ruled the Mughal Dynasty in India from 1556 to 1605.

The story above however is simply a figment of my imagination or perhaps a story placed in my head by the 2 souls themselves. For this came to me a few days ago in my half awake half sleep state.

But there is a powerful message illustrated in this story that perhaps they wanted me to share:


My writing has been slow this year - in keeping with my word for 2017 "Andante" (music tempo - at a walking pace).  But there was a compulsion to pen this down.  Then I wondered and hoped I could find a link to place it in. And as always the Universe obliges or perhaps Corinne who blogs at Everyday Gyaan just reads my mind. Check out the picture prompt for Friday Reflections that became the perfect backdrop for my story. And the word prompt at Wordy Wednesday came up with just the right words to bring this story to life.

Written for:
Picture prompt at #FridayReflections and could also fit into the quote prompt: "Imagination is the highest form of research" Albert Einstein