Having "completed" my first journey with a Krishna Yatra, it's time for my second one and this time it's a Ram Yatra (pilgrimage or journey). 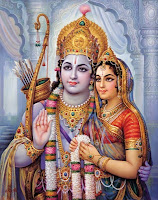 Lord Ram was the 7th avatar of Bhagwan (God) Vishnu and considered to be the most perfect human being that ever walked the earth. He was a paragon of virtue, a benevolent and merciful king, a dutiful son, a caring brother, husband and father, and a great warrior. Hence earned the title of Maryada Purushottama (the Perfect Man or Upholder of Limits and Morality or Lord of Virtue).

When I was little my grandmother would tell me stories of Lord Ram, Lord Krishna and of other Gods and Goddesses.  I would sit riveted and each story brought me great joy. But Lord Ram was always my epic hero, who has since then lived in my heart. My favourite moment was when she would describe the meeting of Ram and Sita in the Pushpa Vatika (Garden of flowers) and how he broke Lord Shiva's dhanush (bow) at Sita's Swayamvar (choosing of a groom).

As per my Krishna Yatra, the purpose of this journey is to trace the steps of my Beloved Lord Ram. To feel his presence in the holy places, to imagine the life that he led, to perhaps relive the moment when Ram and Sita first beheld each other and when Ram held the bow aloft. To also understand the hardships and anguish he faced and to feel the excitement of the magnificent feats he performed. To feel that moment when my God annihilated evil and brought peace back to Earth. And to live in joy of His every moment.

The Ramayana is an epic that delights me each time I read it or watch it or hear it - I never tire of it. So just the thought of a Ram Yatra brings me indescribable joy and would consist of - Ayodhya - Janakpur (Mithila) - Chitrakoot - Panchvati - Hampi (Kishkindha) - Rameshwaram. 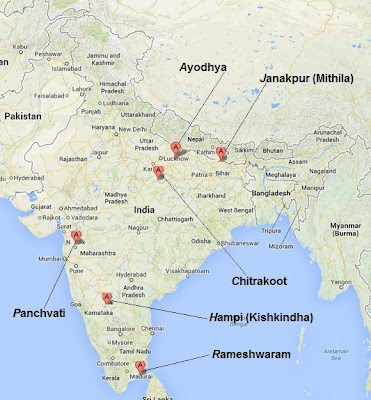 google maps - all places are approximate

Ayodhya, the birthplace of Lord Ram is situated on the banks of the river Sarayu in Uttar Pradesh. Lord Ram was the son of King Dasharatha and Queen Kaushalya of the kingdom of Kosala. 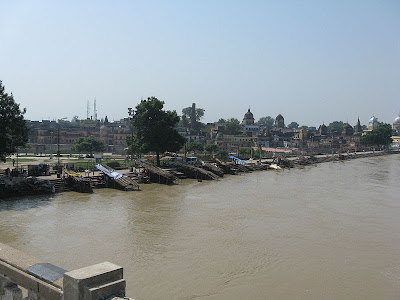 Janakpur (Mithila), is the hometown of Sita, Ram's wife who is believed to be the avatar of Bhagwan Vishnu's consort Goddess Lakshmi. In her earthly form, Sita was considered the daughter of the Earth Goddess Bhudevi and was found in a furrow by King Janaka of Mithila. 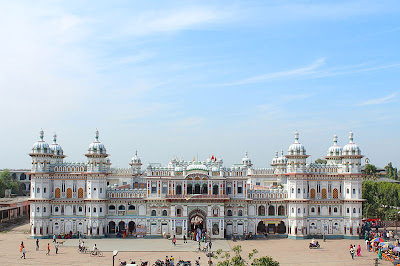 Chitrakoot, situated on the banks of the Mandakini river, currently straddles both Uttar Pradesh and Madhya Pradesh. Lord Ram was exiled from his kingdom by his stepmother Queen Kaikeyki via 2 boons that were granted to her by King Dasharatha. Ram and his brother Lakshman, and Sita went into exile for 14 years and spent 11.5 years in Chitrakoot. 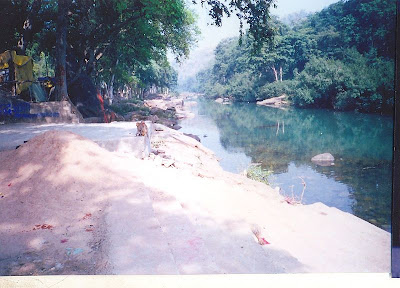 Anusuya Ashram that Ram, Sita and Lakshman visited during their stay in Chitrakoot
image source Wikipedia

Panchvati, situated on the banks of the Godavari River is in the Nashik district of Maharashtra. During their stay in Panchvati, Ravana, the Rakshasa (demon) king of Lanka kidnapped Sita and imprisoned her in the Ashok Vatika (garden) in his capital of Lanka (modern day Sri Lanka). Ram and Lakshman then travelled south in search of Sita. 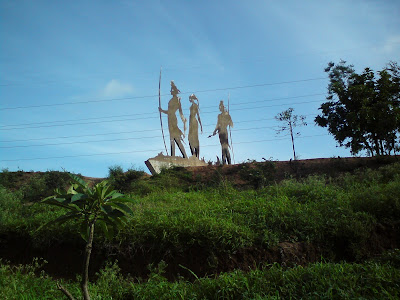 Hampi (Kishkindha) situated on the banks of the Tungabhadra river is the place where Ram met Hanuman, an ape-like humanoid, who helped him find Sita. Hanuman is considered to be the avatar of Lord Shiva and an ardent devotee of Lord Ram. 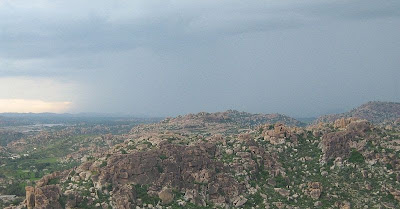 Rameshwaram, on the east coast of India in Tamilnadu, is the closest point to Sri Lanka. It is from here that Ram is believed to have built the Ram Setu (bridge) that connected India to Lanka. Ram, Lakshman, Hanuman and their vanar sena (monkey army) marched across the bridge to Lanka. Eventually Lord Ram killed Ravana, destroyed the Rakshasas and brought peace to the Earth. 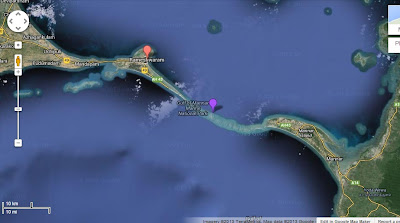 The festival of Diwali marks the end of Lord Ram's exile, the destruction of the Rakshasas and the beginning of the reign of King Ram known as Ram Rajya. 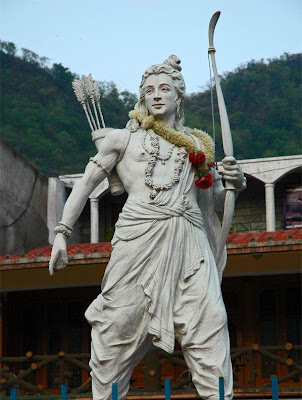 Abode of all goodness and the destroyer of all evil
Who played in the courtyard of King Dasharatha. have compassion for me.

Join me tomorrow on my third journey.


Day 1 posts I enjoyed:
Preetilata's Meraki - love the theme and a new word to learn
Suresh's Save This Sinner - love the humour.