I've been trying out the video capabilities on my iphone so today's vlog is about iPhone video experimenting.

The settings I experimented with were the time lapse and slow motion. And the birds in my garden obliged.

So grab a cuppa and watch the stars of my vlog today.

I decided to load my video on youtube though still in unlisted mode which allows views if you have the url. A little scary but I thought that a little daring is required.


A sheltered life can be a daring life as well. For all serious daring starts from within.
~ Eudora Welty

In fact sometimes I think opening up yourself to the world is probably one of he most daring things you can do.

I hope you enjoyed today's vlog. And if you want to know more about it, post your questions in the comments and I'll try to answer them in my next post.

And as a side note, I hope you've checked your blogs for EU compliance.

Written for:
#FridayReflections hosted by  Everyday Gyaan and Kohl Eyed Me

Linking to:
#openslather at One Mother Hen
#MondayMusings at Everyday Gyaan

Vlog02: Today's vlog is about the making of the pick a stick ATC  (artist trading card) challenge for May 2018.

The challenge is hosted monthly by Shel C and Peg Robinson. See youtube for details.

Some notes on my creation:
But I should've used a better quality watercolour paper!

There were some comments from my last vlog on how I made the video and uploaded it so here are some quick notes on that.
Maybe in the future I will make a video on how I create my vlogs but I hope for now these short notes will do.

I enjoyed painting and making this video and I hope you enjoyed it too. Join me again next week for another #vlog and #chaiwithsuzy.

Have an awesome week.

Linking to:
#FridayReflections hosted by Everyday Gyaan and Kohl Eyed Me 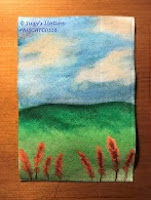 I've been wanting to do a vlog for a long time and also something different on my blog. So I thought I would start a new vlog series called "Chai with Suzy"

I'm not sure if this is going to be a niche vlog like arts and crafts but I'll just go with the flow and see how this evolves.

I intend to post a vlog a week but haven't decided on a day yet. Or perhaps I'll coincide the vlog with some other linkups. Don't know, I'll see how I go and what kind of response I get.

Tomorrow is Mother's Day, and is perfect to showcase my first vlog, "Getting ready for Mother's Day". If you follow me on Instagram Suzy.Ila then you will have seen this already. But I have added some additional bits and pieces.

So grab a cup of chai or coffee and join me on my vlog.


I love making cards and I enjoyed making this one. The editing may not be so good as I am just learning. The idea is not to be perfect but to showcase the fun I had.

Would love to hear what you thought and if this looks like a good idea. Also let me know what you would be interested in seeing besides my arts and crafts.

And if you vlog, please link up your vlog post so I can drop by and enjoy yours. 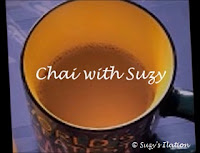 Happy Mother's Day. I hope you have an awesome day.

Samara loved her little paper boats. She always wondered why but could find no logical answer for it. Floating her boats down the Kaimarama River and watching them disappear gave her immense joy. Her friends found it strange that in the era of technology in the year 2018, Sam still loved making and floating her paper boats. But the little seven year old found it magical and would say a silent prayer that her boats were safe somewhere. Perhaps someday she would discover where they ended up.

Now and then Dejuan felt a tug and raced to a little sheltered nook along the River Piedra. There the nine year old would wait and watch as little paper boats suddenly appeared in the serene waters. He often wondered where they came from and hoped that someday he would find the owner of these little boats. He collected all of them and placed them in a little wooden box in his father's shed.

It was the Spring of 1782 and Elizavita and Kuzma were glad the harsh Winter was finally over. The snow had started to melt and there were large puddles everywhere. While the other children jumped in and out of the puddles, Eli and Kuz would play with their favourite toys.

Eli would watch as Kuz deftly created little paper boats. "He is so clever", she would say to herself. Then he would hand her the boats and she would run to the other side of the puddle floating them one by one to Kuz. The sound of their laughter could be heard for hours.

The little ten year olds found great joy in this happy pastime and in each other's company. Both vowed they would be friends forever.

Wooden boxes fascinated Madhava so he was absolutely delighted when his father handed him an old wooden box for his twentieth birthday. Madhava wondered what was inside it but he wanted to open it with his special friend Meera and waited for her to arrive. Madhava and Meera were inseparable. It was like they had a cosmic bond that was unshakable.

Eighteen year old Meera wanted to buy something special for Madhava's birthday. She wandered in and out of shops trying to find something that would light up his eyes. But try as she would she just couldn't settle on anything. She wandered into a roadside cafe to quench her thirst when she heard the strains of a bansuri (flute). She felt a strange sensation in her heart as if it called out to her. Meera ran towards the sound until she found the source of it. Bansuri clutched in her hand she ran home to get ready and prayed that Madhava would like her unusual gift.

The year 2185 had been special for Meera. It was the year she met Madhava on her eighth birthday. He was her brother Arjun's friend. From the first moment, Meera knew that Madhava was someone special for her but Madhava was a popular boy and he had no time for little Meera or at least pretended not to. Each night little Meera would pray "Hey Kanha, I know he's the one, but when will he know I'm the one"? And Madhava would lie under the stars and think of his little Meera and smile to himself.

Meera ran all the way to the beach where Madhava was waiting for her. "Hey Kanha", she prayed all the way "Please let him like my gift". With a tinge of apprehension she handed him her nicely wrapped gift. His face was expressionless as he tore off the paper and then he put it to one side and brought out the box. Meera's eyes were teary and she felt a sad tug at her heart but he was so excited about the box, so she hid her sadness and smiled at him. "I want you to open the box Meera" he said and handed it to her.

Slowly she lifted the lid and her eyes opened up in wonder. Tucked away neatly within the box were little paper boats. Spontaneously she cried "My paper boats" and then wondered what had got into her. She turned away confused and embarrassed for they were really his not hers. As she walked away to regain her composure, she heard the sound of the bansuri. Slowly she turned in amazement. Madhava and his bansuri were happily playing a little tune. "You know how to play?" she asked surprised. Madhava nodded. "Since when?" she enquired. "I've known all along" he said with a twinkle in his eye and a smile on his face.

Elizavita - Promise of God
Kuzma - Harmony, Universe
Dejuan - God is Merciful
Samara - watched over by God
Madhava - another name for Lord Krishna (Kanha)
Meera - was a devotee of Lord Krishna

Few days ago as I was listening to some instrumental music, this story took shape in my mind.
It was inspired by the song "Somewhere my love - Lara's Theme" from the movie Dr Zhivago.